Just added to your cart

In 1842, champagne house Moët & Chandon debuted its first 'vintage' release, expressing the characteristics of a single year's grape harvest. The move was unprecedented back then. And even today the overwhelming majority of sparkling wine on the market blends together grapes grown and matured over a range of years. This is how a producer is able to insure consistency from one bottle to the next. But with Moët's Grand Vintage Collection, cellar master Benoît Gouez is awarded the freedom to unfurl a liquid that stands apart, by design. This spring, it arrives in the form of Grand Vintage 2012--only the 74th such release in the brand's 276-year history.

Grand Vintages are reserved for grape harvests which stand out as exceptional. Looking back on the conditions facing French vineyards at the time, 2012 seemed like an unlikely candidate. There was late frost, hailstorms and cold spells throughout the spring, followed by extreme heat and water shortages in the summer. It wasn't until the end of August when the vintage's true potential emerged. Hot, dry weather lessened the yield, but the grapes that survived possessed an ideal balance between sweetness and acidity. The marks for both were higher than the 10-year average, closer to numbers from 1966, 1989, and 2002--each a vintage of renowned distinction.

Typically, Chardonnay grapes dominate a champagne's varietal recipe, known as an assemblage. For the Grand Vintage 2012 Pinot Noir and Meunier did the heavy lifting, combining to form 59% of its body. “The wines made from black grapes, especially the usually fragile Meunier, were particularly good in 2012," explains Gouez. "This explains why they make up an important part of the assemblage.”The wine matured in Moët's massive cellars underneath Épernay, France for no less than five years. Bottles were then disgorged, with a dosage of 5 grams of sugar per liter added, before an additional 6 months of aging. It pours a pale, straw yellow, wafting aromas of peach and pear. Light and limber on the tongue, a lasting acidity eventually lends structure to a liquid that never overplays its sweetness. In fact, there is an interesting nuttiness throughout. “This Grand Vintage is a softly fresh and harmonious wine that reveals itself slowly but with supple assurance," says Gouez, before waxing poetic. "It's like the gentle transition of spring into summer and envelops the palate, blossoming into a crisp yet balanced bouquet.”

Across the globe consumers pop the cork on just over $5bn worth of champagne, annually. Moët accounts for approximately a quarter of those sales, producing an estimated 28,000,000 per year--well more than any of its competitors. Still, the brand is working to maintain that foothold by courting a millennial audience. Ice Imperial is a prime example. Unveiled in 2010, it's a direct appeal to the 20-something demographic. Intended to be served on the rocks, it has become a staple at nightclubs and music festivals.

The Grand Vintage Collection skews towards the more seasoned drinker. It's the sort of drink to savor in good company, because you don't know if you'll ever taste anything quite like it ever again. And that's the point. The 2012 edition is on shelves now--retailing at $74.99 per bottle-- alongside a Rosé variation at $84.99. 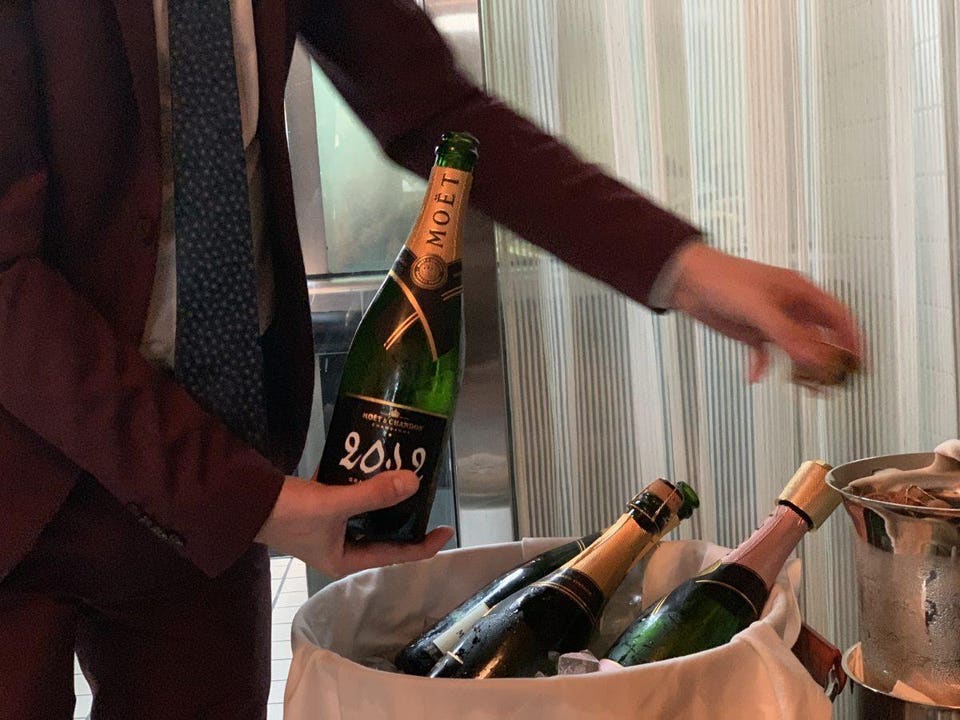